Did you know that the oldest Chinatown in the world is in Binodo, Manila, established in 1594? Chinatowns across the world provide rich culture, authentic Chinese cuisine, and stunning architecture to the heart of cities across the globe. Chinatowns are referred to as ‘ethnic enclaves’, a place where Chinese migrants flocked to outside of China.

For tourists, this means having an authentic taste of China when they might actually be thousands of miles away from Beijing.

This sparked the question – in which Chinatowns are tourists getting the best experience? We took the biggest Chinatowns in Europe and reviewed the number of restaurants, average ratings of these restaurants and cafés, and the total number of events happening in these cities’ Chinatowns.

Milan, Italy has the best Chinatown in Europe with an overall index score of 6.2 out of 10, with the second most restaurants in a Chinatown (47) and is the second cheapest for food in our analysis, with the average price of starter and a main at £10.7.

Madrid, Spain, has the second-best Chinatown in the world, with the highest overall score of 5.8 out of 10. Alongside London, this metropolitan Spanish city has the most Chinese New Year events being held in any Chinatown in our analysis, with 3 different events celebrating the New Year happening across each city.

In third place is London, UK, with an overall score of 5.5. London, the capital of the UK, has the most restaurants and cafés in any Chinatown in Europe, with 65 across the famous Chinatown. London did however have the lowest average rating for its Chinatown eateries, rated an average of 3.8 out of 5, the lowest of any city in the analysis.

Where are the best European Chinatowns for food?

Budapest, Hungary has the cheapest average meals in a Chinatown with the average price of a starter and a main at £8.95, a huge £16.15 cheaper than a meal in London’s Chinatown. Restaurants here include the Spicy Fish Restaurant and Panda Wok in Budapest’s Chinatown, which have ratings of 4.4 and 4.3 on Google.

This index reviewed a range of factors to create an overall ranking score, it is worth noting that these are overall averages and do not factor in the scale of events happening across the cities and immigration numbers as this was not publicly available.

We took data from a seed list of Chinatowns across Europe and used Google to find the number of restaurants and cafés in each of these Chinatowns.

We took the ratings of each of these restaurants from Google Maps alongside the price, and the number of reviews calculating the averages for each of these. Looking at the top 3 recommended Chinese restaurants on Google Maps, we analysed their menus in each Chinatown to get average price data, specifically, comparing the price of a standardised starter and a main.

We used population data from Worldpopulation to calculate how many restaurants and cafés were present per 100,000 per capita in each Chinatown.

All data was scored using a normalised ten-point index per data point, then an average score was created using all categories ten point score which gives us the best to worst Chinatown. 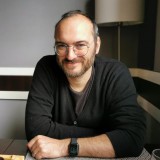